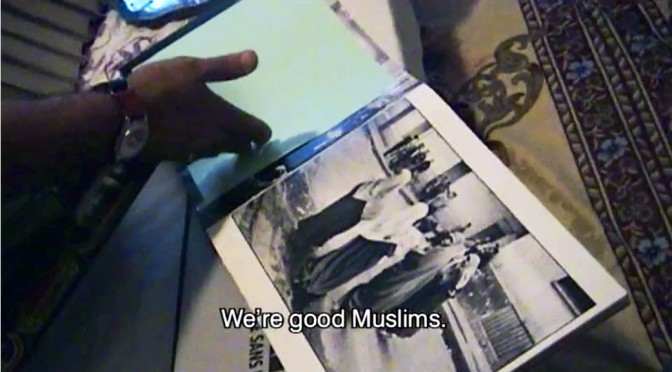 Graffenried risked his life to take photographs of the hidden conflict. In this film, he goes back to find the people whose pictures he « stole ». The videocamera witnesses these strange reunions and tries to capture moments of truth from those people who have everything to lose in delivering their stories.
Amka Film Productions

WAR WITHOUT IMAGES is the return of photographer Michael von Graffenried to Algeria, a country which, between 1991 and 2000, he visited incognito, taking pictures of people with a hidden camera. During that time before 9/11, Algeria was shaken by a civil war between the government and islamic extremists in which about 200,000 people lost their lives. In a land where Islamic terrorists executed more than sixty journalists and photographers in 1993 and 94. The result is a film that holds a mirror to contemporary Algeria: a crossed, contradictory, complex place where laughter and tears intermingle. It is a country that wants both to live and to forget its tragedy and which is still looking for its identity, somewhere between East and West.