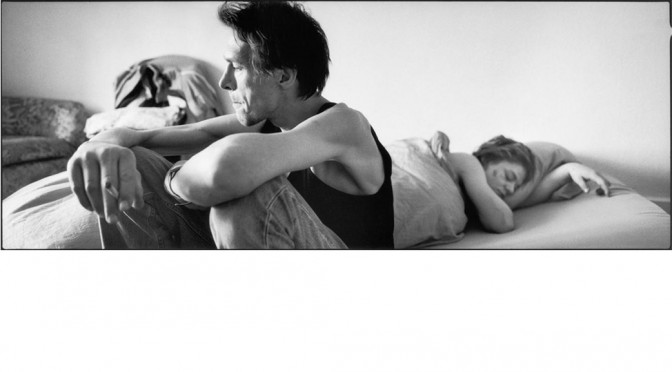 «When Réseau Contact, a association that helps Bern’s drug addicts, approached me to do something about drug addicts, I had one condition : that the people I worked with would take responsibility for that reality. They would agree to show their faces and give their true identity. After four long months spent trying to win the confidence of the « scene », as the drug addicts are called in the German-speaking part of Switzerland, I decided to work with Astrid and Peter, because they were a couple. I had two stories to tell, the one about their relationship and the one with the drugs. I followed them for a year and a half, the deals, the prison, the prostitution… Once I had the pictures, I thought that they, too, had a right to see them, and I knew they would not be going to the museum. So I decided to show the pictures where I had taken them: in the streets. In 2005, thirty panoramic images, 106 x 50”, were shown on publicty billboards in Geneva, Lausanne, Lugano, Basel, Bern and Zurich, before being shown together in the Platzspitz park, Zurich’s former infamous “needlepark”. This project took me two years and a half, but, just as with my other work, I do not consider it finished. I kept in touch with Peter and Astrid. My entering their lives did not change it in any way. In November 2008, Astrid died of an overdose. She was 36.» 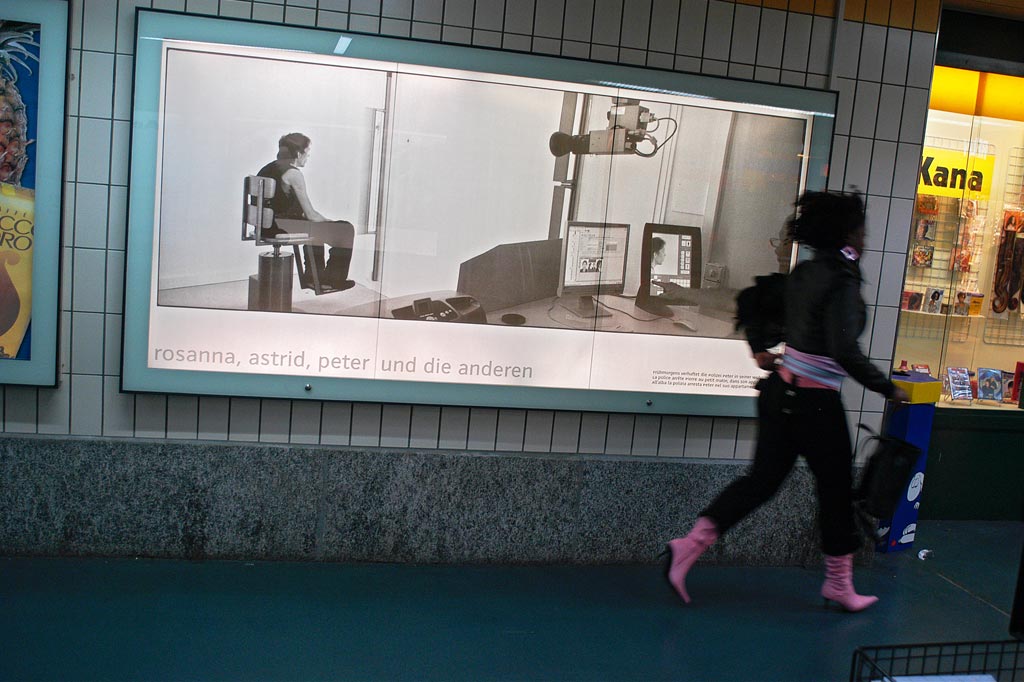 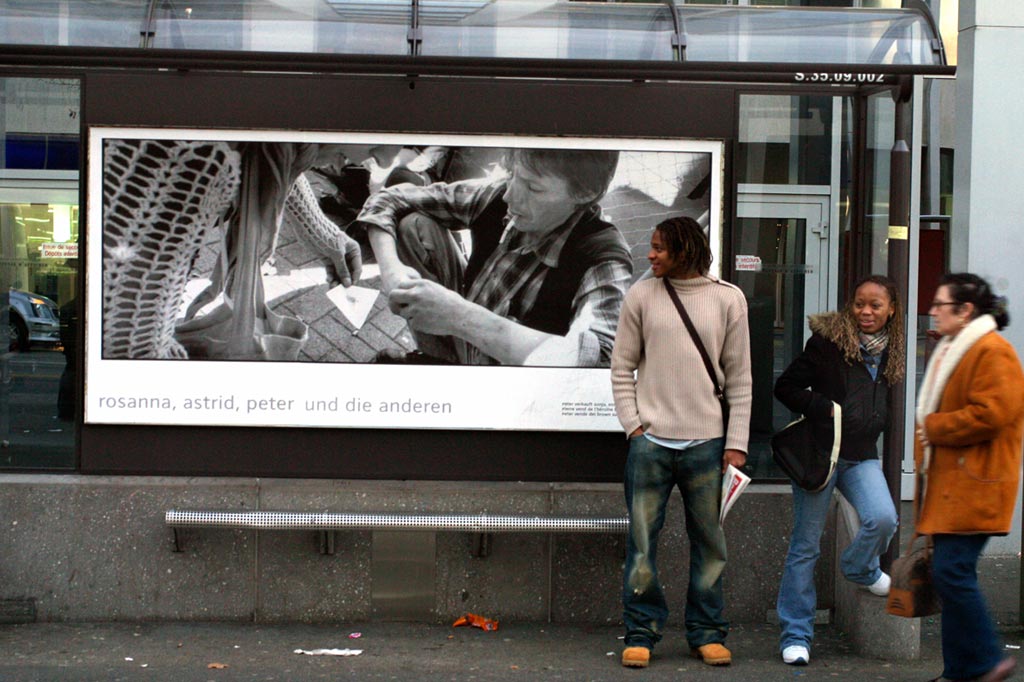 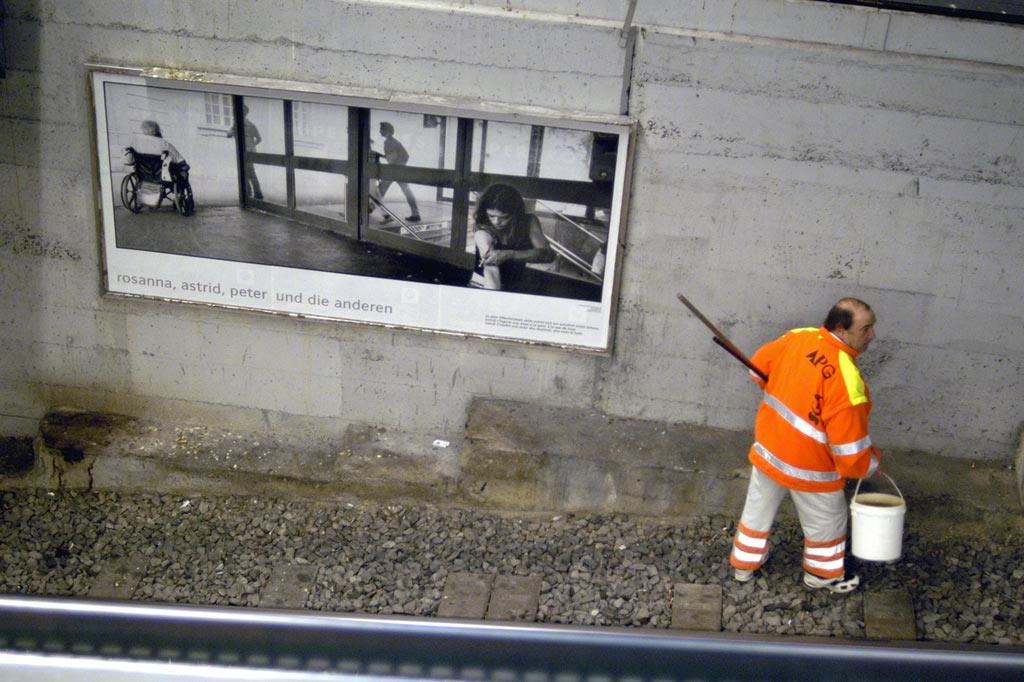 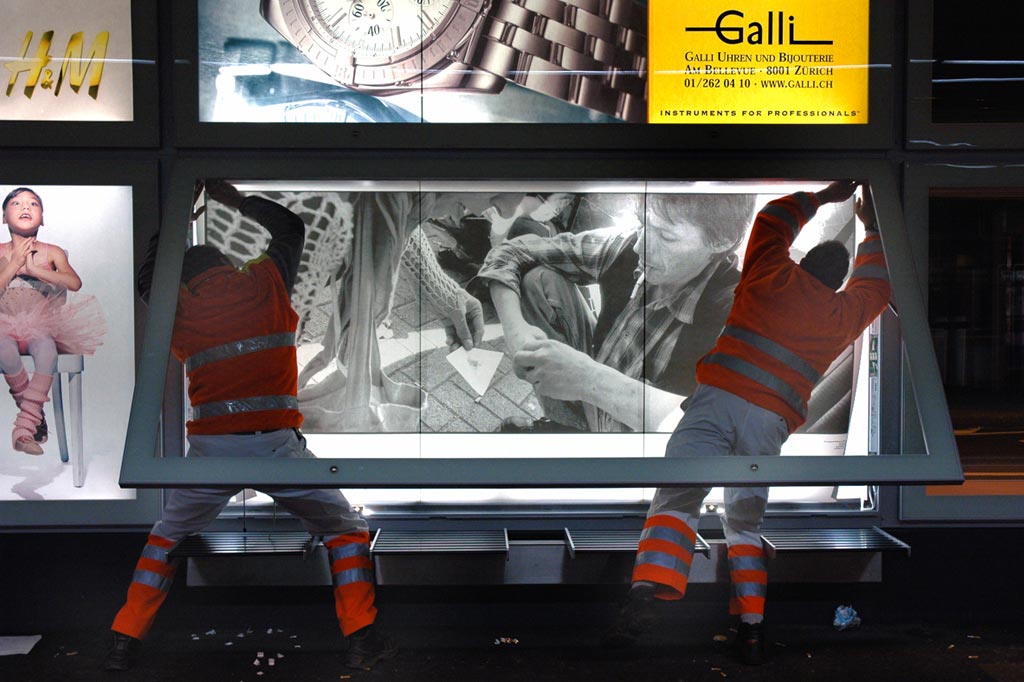 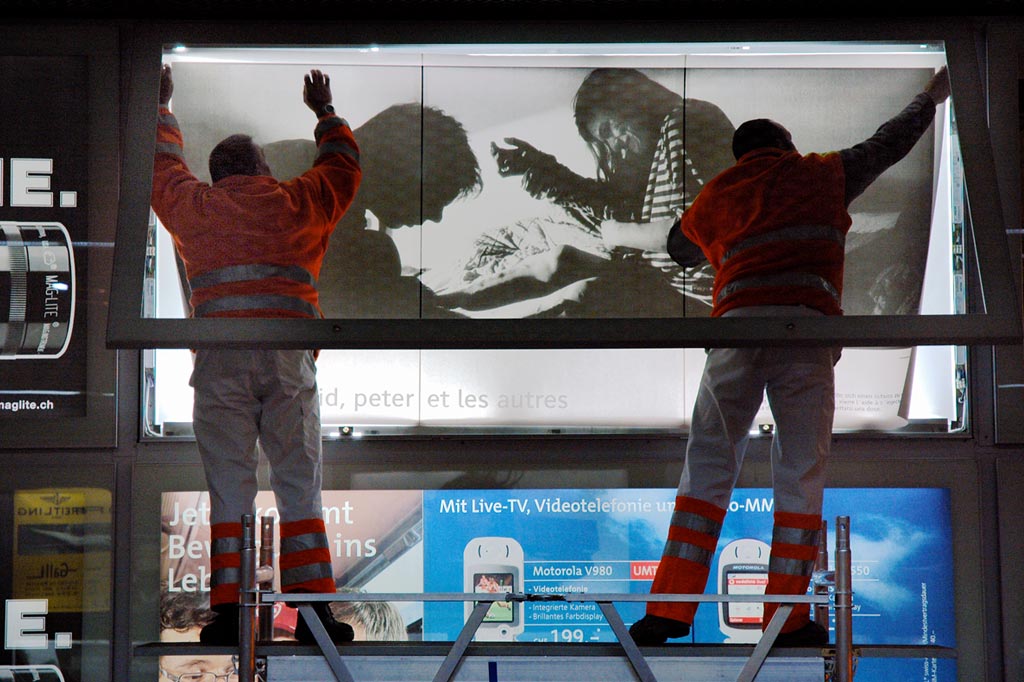 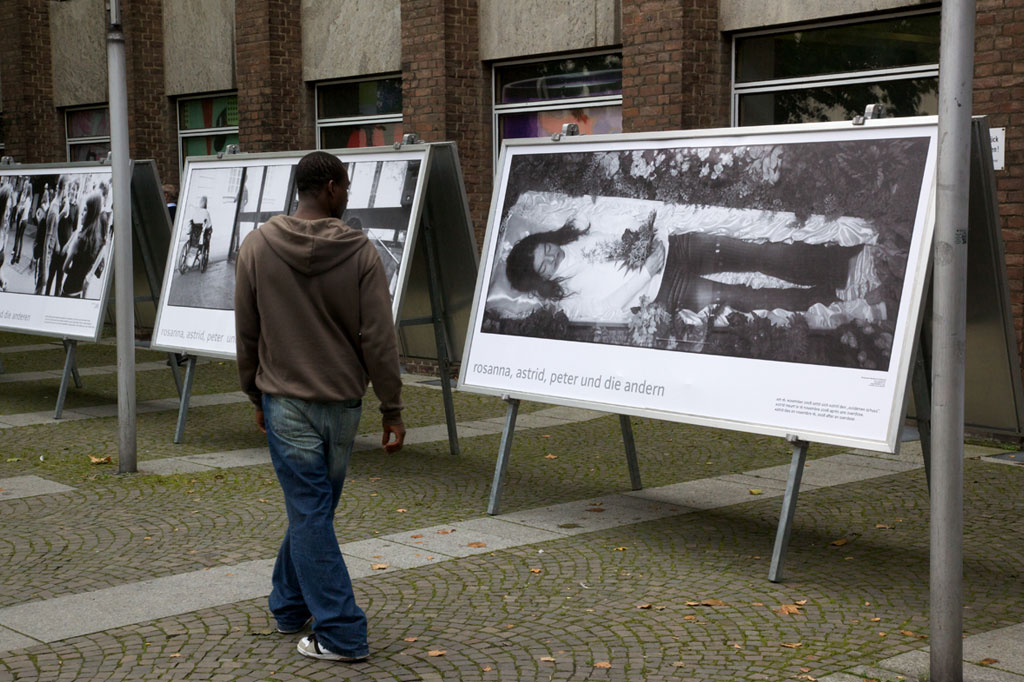 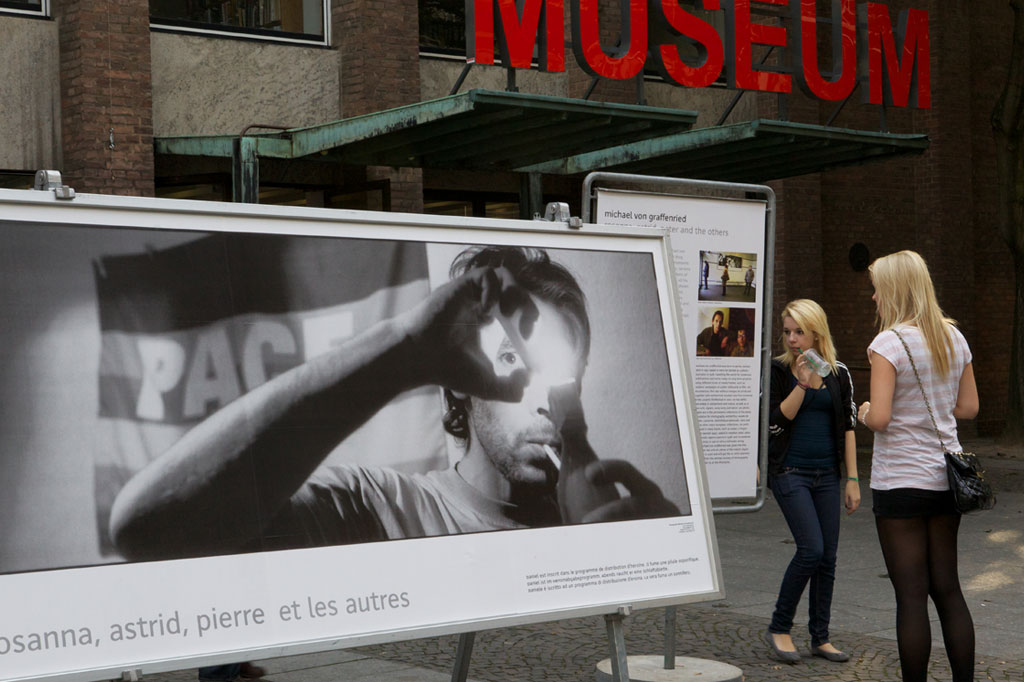 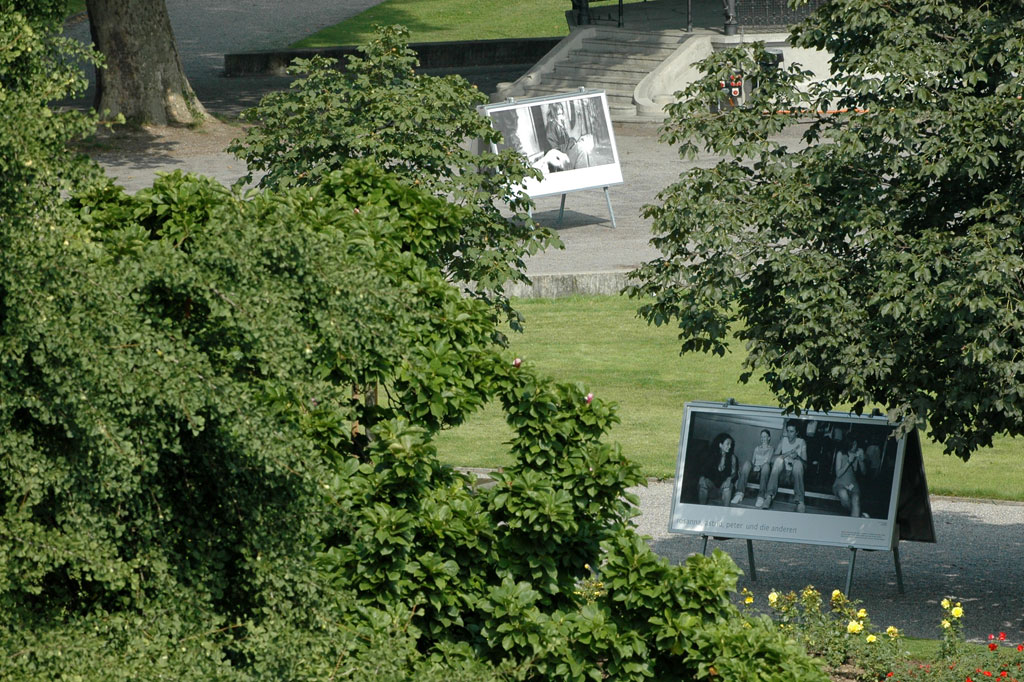 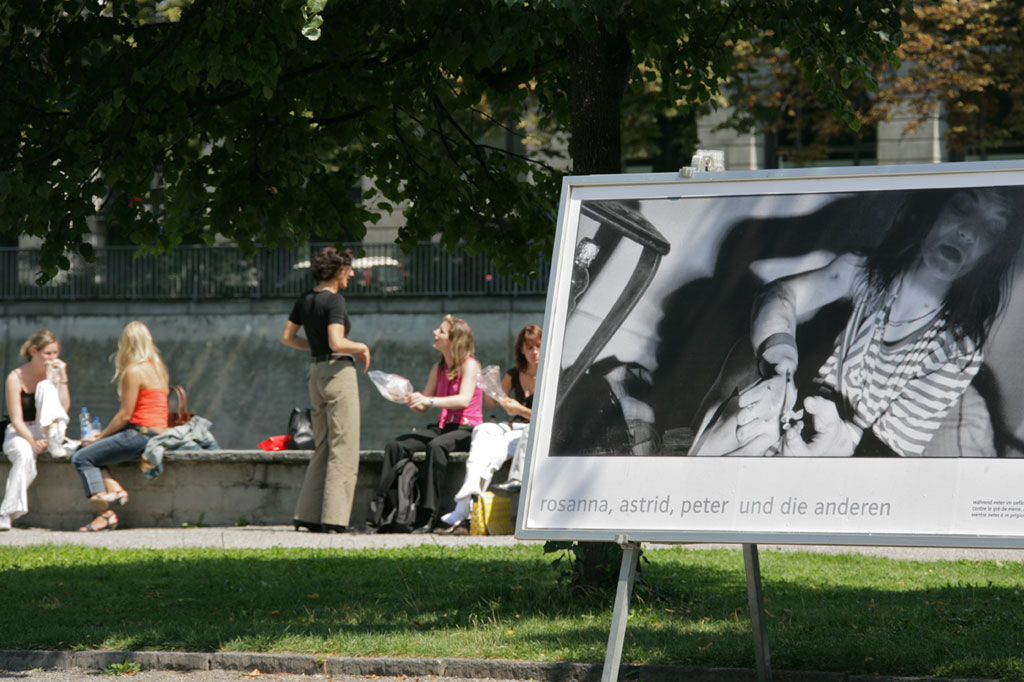 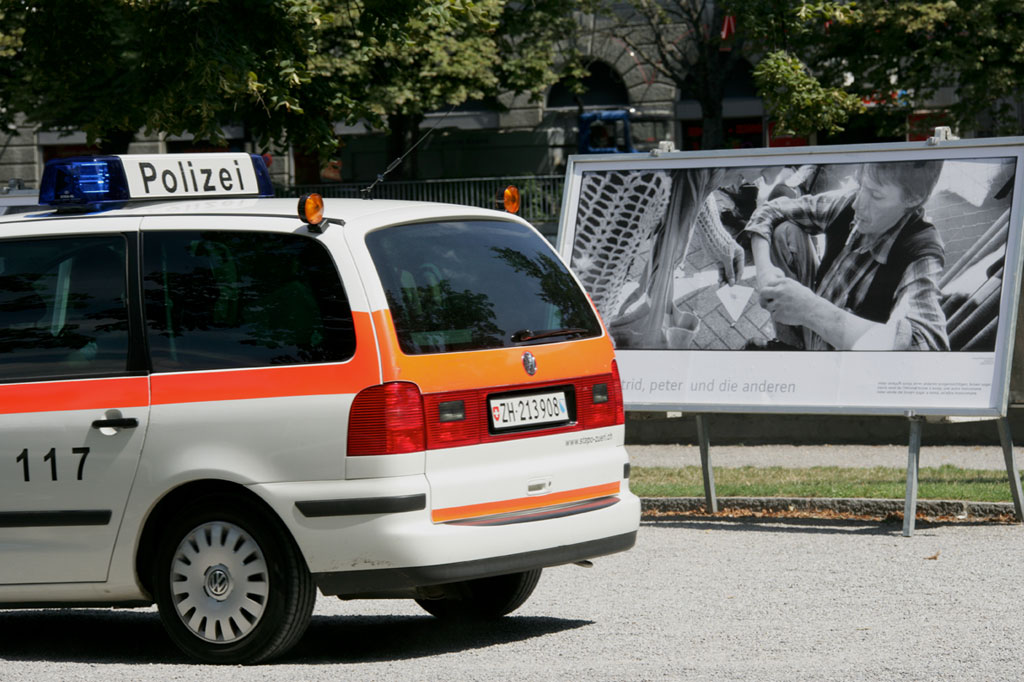